Today I started to add the Moloton (wall fabric underlay) and the 18th century reproduced fabric for the walls. Nessa commenced the restoration of the chandelier which was completed this afternoon.

Really happy with the 18th century reproduction fabric and how it looks with the gold and grey/white walls. Tomorrow I will erect the chandelier and complete the fabric on the 5x2 m wall. 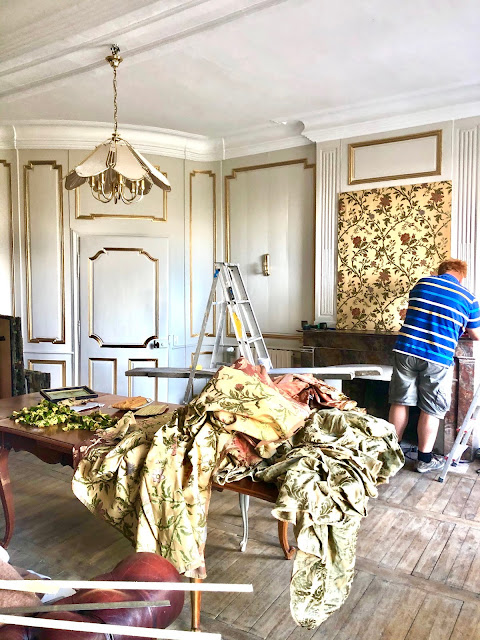 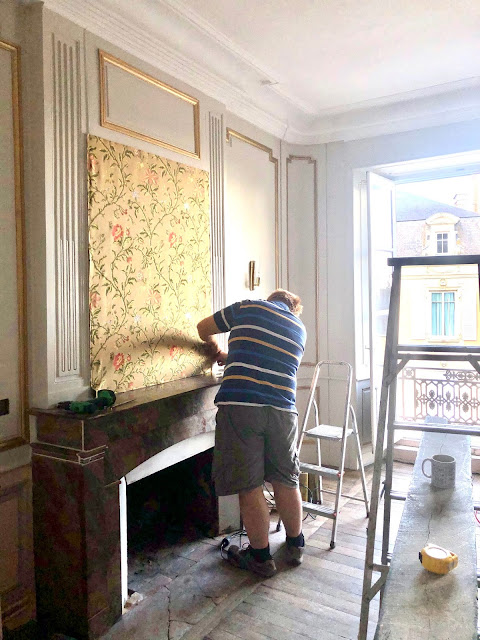 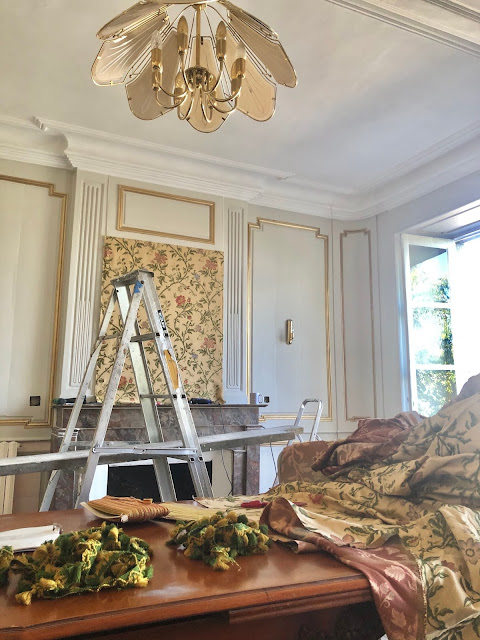 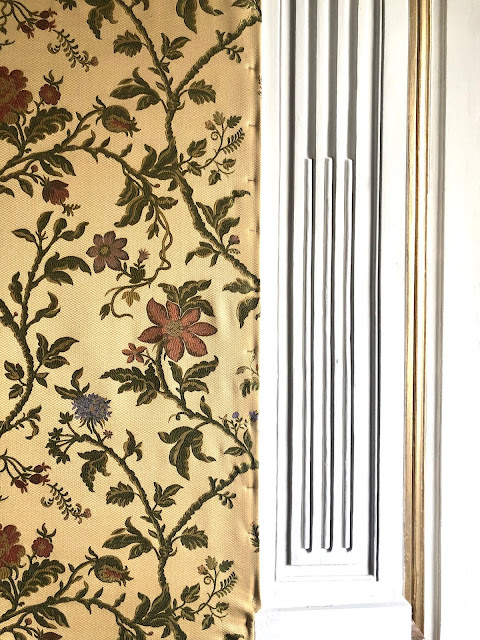 Cheers
Matt
Posted by Bluewillow at 9:46 AM No comments:

Yesterday I had my premier game in the partially finished “Salon de Guerre” with our week long holiday guest Chris Pringle   (Author of Bloody Big Battles) and his wife. A very delightful visit and a great rapid fire game to bless the room.

We decided to play a battalion of British paras with a support company holding the village to prevent the Germans from exiting the table. The Wehrmacht forces were two battalions of infantry, one stug and a recon light armoured car coy, plus a coy of recon mechanised infantry, commands by a RHQ.

Chris really used his battalion artillery well along with his mortars first to lay smoke to make his assault on the defending Brits, then to pound the paras until they were pinned. Eventually he assaulted the village after losing two companies pushed or destroyed the remaining Brits out capturing before the allotted 15 turns. 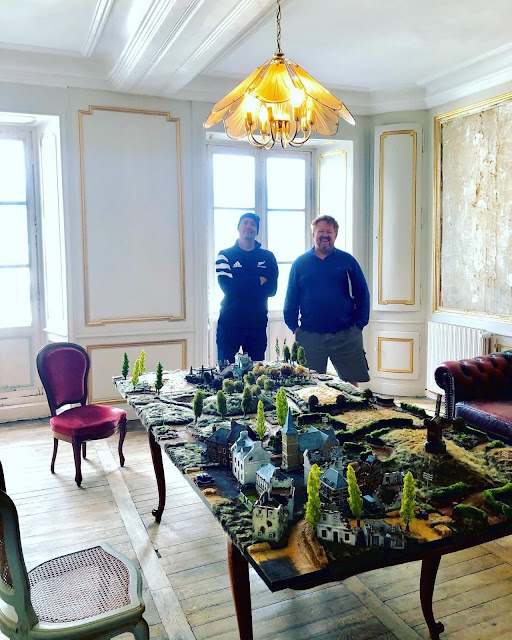 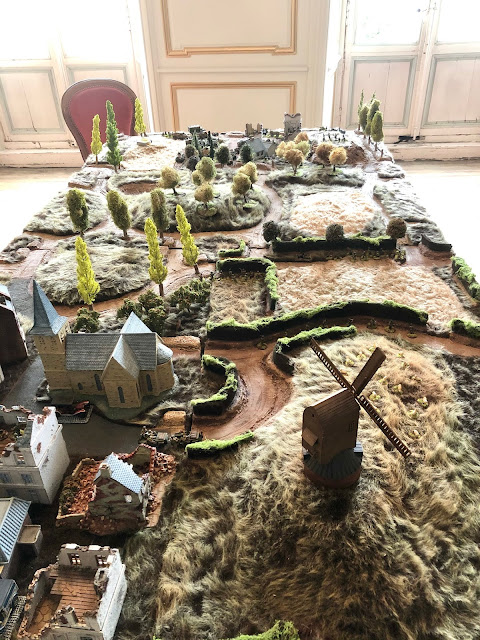 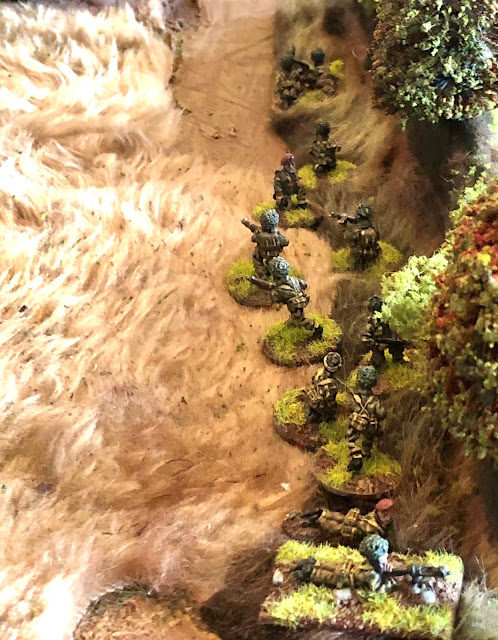 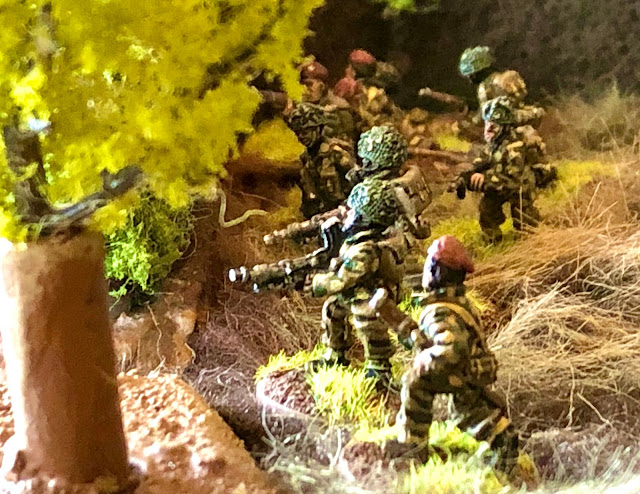 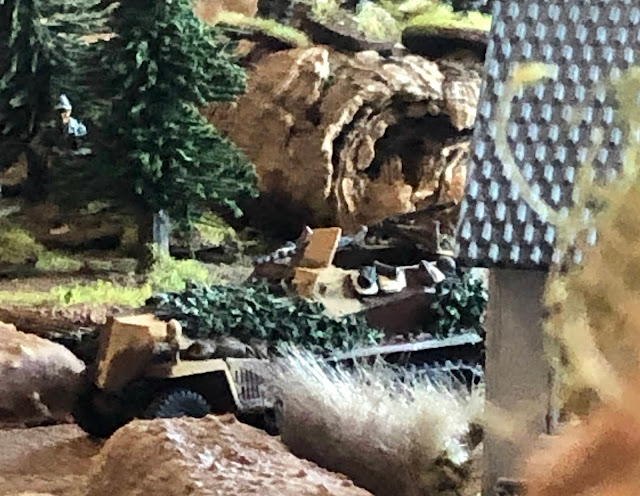 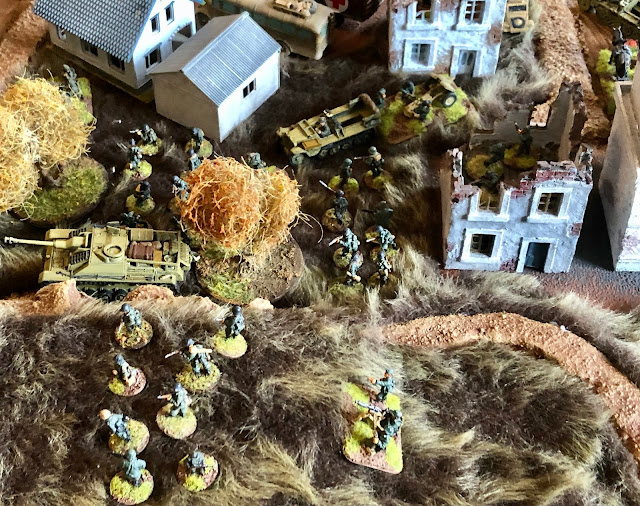 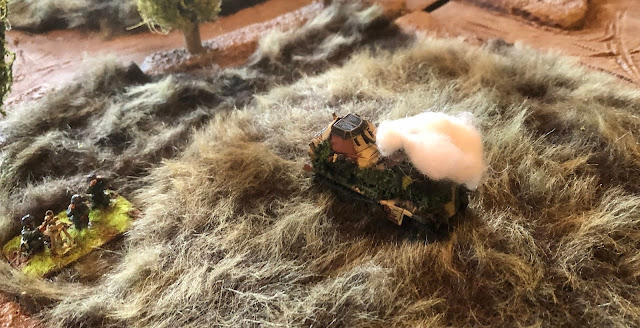