Down at the club this month we decided to have a early war rapid fire game, so I decided that we would have a Polish vs Russian game, (as my Poles have not been out for some time) finding scenarios for this part of the war is tough as they mostly concentrate on the German invasion in the west. So I had a quick read through a number of my books and online and settled on my version of the battle of Kodziowce. I made up the troops around some field reports and came up with this order of battle and scenario details.
Ian and Leigh supplied the Russians. 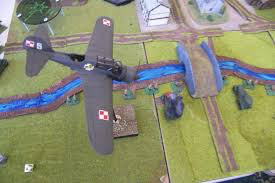 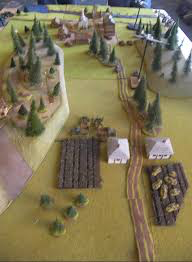 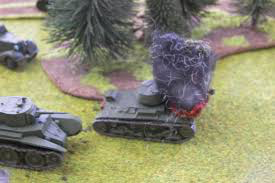 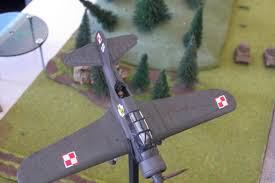 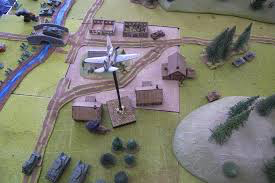 Alas my poles could not stand, the successful flanking arrival of the BT7s and my bad AT fire really let me down along with poor observation rolls for the artillery. A minor victory to the Russians .An enjoyable game, a few tweaks to the scenario and it would work better as it was too easy to cross the river on a 5 or 6.
cheers
Matt
Posted by Bluewillow at 3:55 AM 1 comment:
Email ThisBlogThis!Share to TwitterShare to FacebookShare to Pinterest
Labels: 1939, Club Games, Polish, Rapid fire, Russian
Newer Posts Older Posts Home
Subscribe to: Posts (Atom)