Since lock down began here in France I have been concentrating predominantly on my medieval and ancients collection painting over 600 28mm miniatures. This coming week I am shifting my focus back to ww2.

I was recently on John Bonds blog looking at his lovely ww2 terrain. So I have also decided to make from now on "Tuesdays Terrain day", making terrain or tabletop scatter a priority each week to get through the tonnes of small projects I have in my head for ww2 and modern bits, predominantly though for ww2. Most of these pieces will take several days and possibly weeks, but spending a dedicated day on them will help me get through the list.

For year and years of ww2 and modern gaming I have just used cotton wool or lounge stuffing that is white for smoke markers, and while watching Band of Brothers...again, I watched the scene at the ferry crossing and thought....I do not use coloured smoke in my games...I have just used white smoke markers, but as we know they were mostly coloured for  ww2 and moderns warfare.

Anyone who served in the military will know they are not particularly good for your health, but neither is getting shot! The smoke delivery could be via a grenade, mortar or artillery round, or a smoke generator either vehicle or a pump (normally white/grey though) the main colours available were, Red, Blue, Green, Purple, yellow, white, plus pink and  Orange (both post ww2)

So I have put together a simple tutorial.

Step 1 :Lounge stuffing is my choice of product, easy to find and cheap. 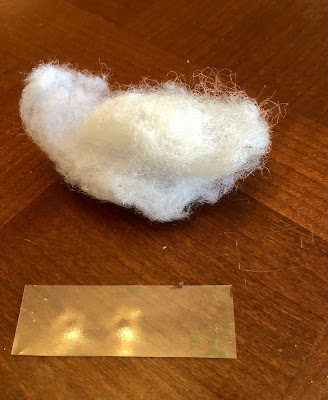 Step 2: I selected my colours and made up a wash, with a drop of detergent to break the surface tension of the stuffing and allow colour to penetrate. A few drops of paint 10% to 90% water. Dropped in the pieces that were teased out to shape.

Step three. Rinse with water, to get rid of any settled pigment otherwise they will shed bits. allow to dry.

Step 4. I based mine on clear plastic with a hot glue gun.

Quite happy with the result, but  I think it would be faster to use a spray paint tin in the desired colour or a airbrush, plus the colour will be more vibrant,  I will try again soon on another Tuesday! 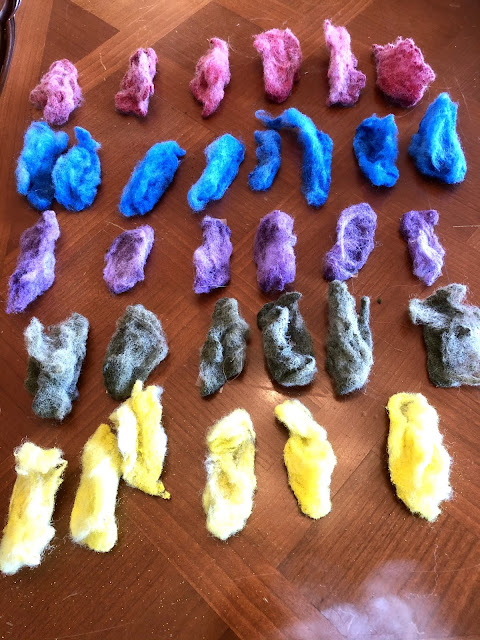