A Fatwa on you and your mother! FOF batrep


At Cancon myself and Matt C (Wartime Minis) decided to hold a FOF participation game using Wartime minis and some terrain I made especially for the game and for Matt's collection.

We only conducted games on the Sunday and we had eighteen people play and a number also watching. The pics are from the first and last games of the day!

I wanted a basic and fast scenario for the participation game.

Basically the Afghan Mufti Mujaheddin leader had  to save his wife from three fire teams of Russian conscripts, 1 heavy weapon fire team and two rifle fire teams with grenade launchers. The  Mujaheddin  had 6 fire teams Morale D10 while ever their leader was alive but only fired on D6, I also made them elusive while in cover, the mufti had to collect his wife in person. Of the 8 games played he was captured in three of the games, killed once, badly wounded three times and only once was the feat achieved to get his wife out :twisted: the Russian conscripts were regulars on D8s all round, they put up a good fight and only really failed once, when all three fire teams failed a morale rolls in the same turn and bugged out!

I also had a flock of sheep who moved randomly  to interrupt fire if they were caught in any crossfire! 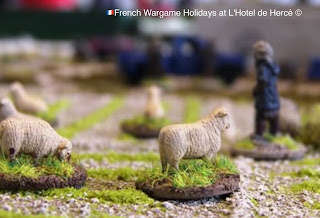 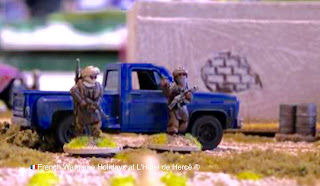 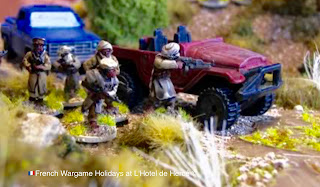 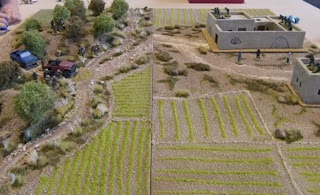 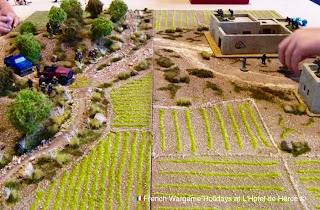 Posted by Bluewillow at 8:21 AM
Email ThisBlogThis!Share to TwitterShare to FacebookShare to Pinterest
Labels: Afganistan, Force on Force, Modern, Russian