I decided to this week change it up a bit from painting 28mm and finish of some buildings from the 20mm stash, a mix of 20mm resin and plastic HO/OO train buildings. Work in progress photos now, completed later in their own post.

The resin shop is very nice and will be quite straight forward, I think it is a Raventhorpe, I will also add some French signage too and tart up the garden. A typical French looking shop, will be made use of in my Normandy and Pays de Loire games. 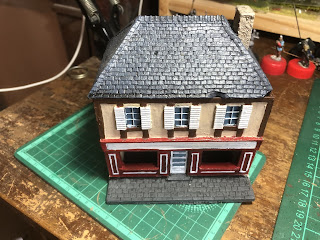 The bombed out building should be a simple build, as only a few bricks and ruined bits need to be highlighted, not sure of the maker though. A useful bombed out ruin for any smashed city section. 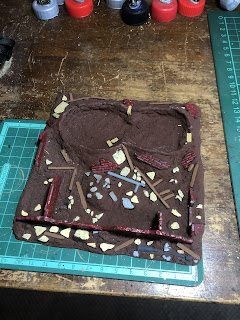 The part ruined bombed out building needed quite a bit of work, it was broken when I purchased it, so a new plastic card base, I scratchbuilt a new roof section made up from Wills plastic roof tiles and I also added some plastic card structure and beams, in the garden extra rubble, and wall repair. I will be able to use this for any ruins, which makes it quite useful, painted it in French render beige. 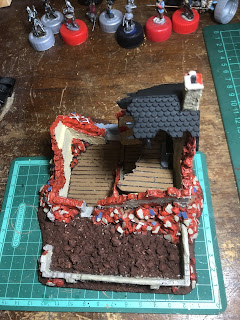 The plastic building is from one of the german model railway firms, it looks a little german, but it will probably get used on my Arnhem or Nijmegen city tables. I need to remove the airbrush paint from the windows, take off the roof as I like to place figures inside all of my buildings, add removable floors, place it onto a base and add a courtyard garden and outbuildings. 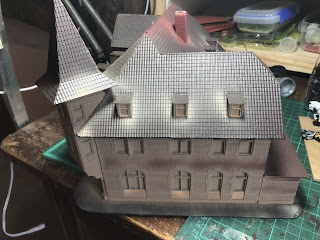 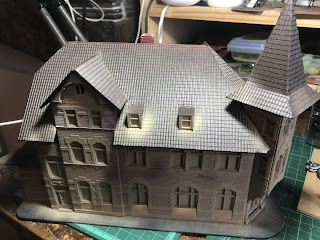