Each week until March, I have decided to spend some time on some terrain each tuesday, I will try to complete a piece or at least add some detail to a piece of terrain for my table, sometimes really useful or just a filler, results of today's efforts! 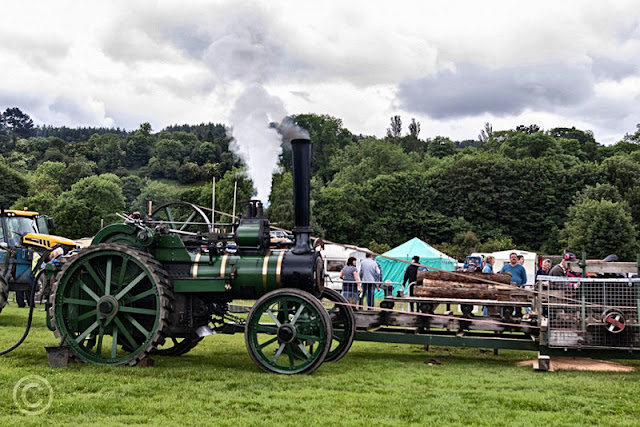 So with that in mind I picked up a Steam Engine pencil sharpener around 6 years ago, these are often found in Australian tourist gift shops, particulary in country areas and have been around for 30 odd years.

Next I scratch built the flywheel, and the housing 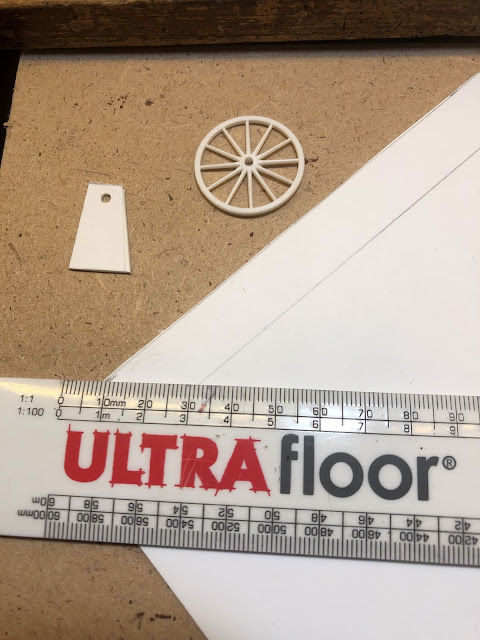 Then a quick fit before I attach the linkages, then paint job green and red plus Brass work for the bling! 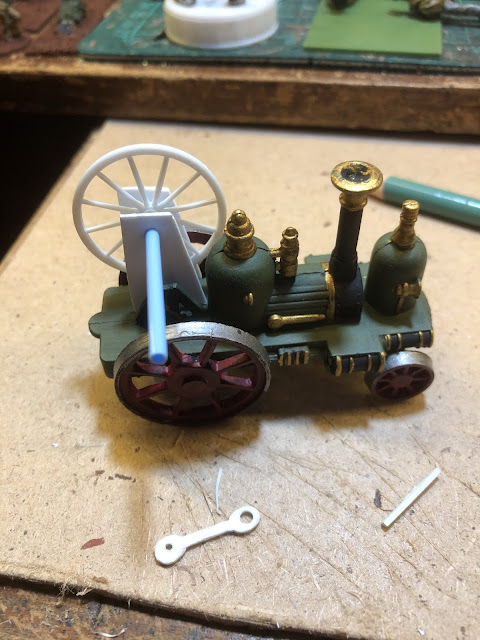 getting close, still some highlighting and bits to do 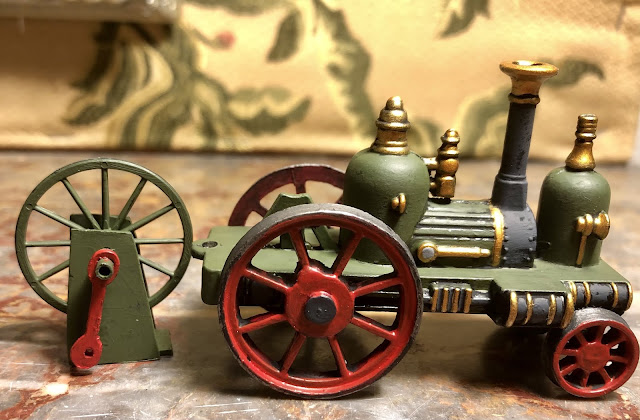 Mounted, I did F?U and forgot to add the rubber band belt......oh well nothing a bit of superglue will not fix. 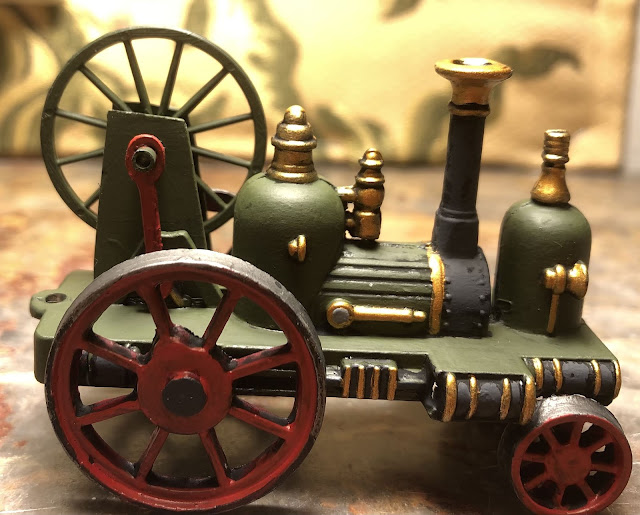 Now I am not certain if it will drive a saw mill or a chaff cutter, both were widely used in Maine and Normandy during the war. 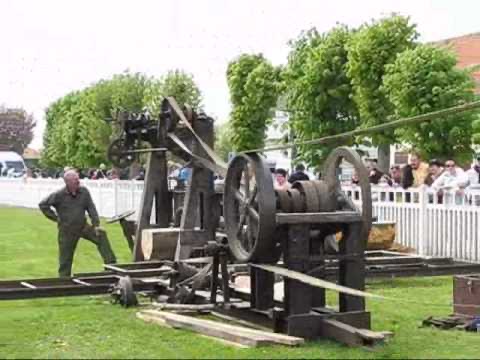 The Chaff cutter may be more suitable for Normandy/Maine 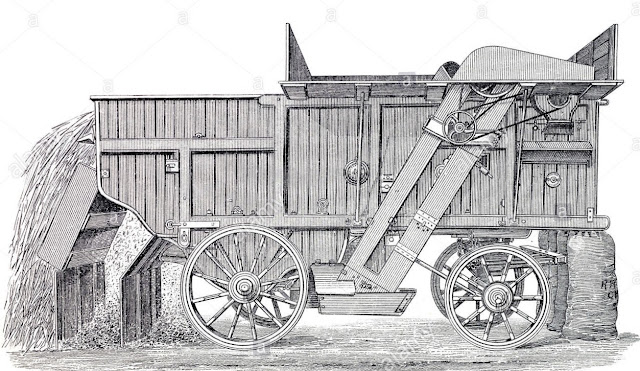 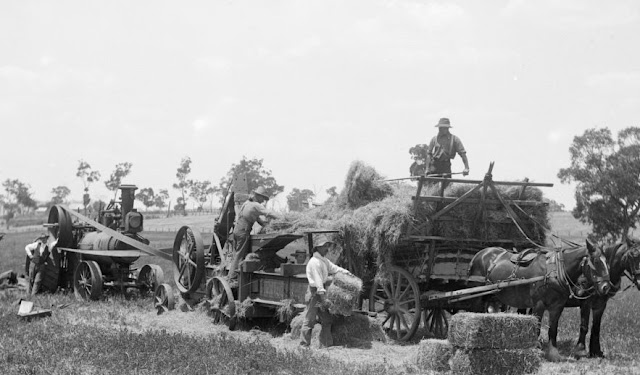 Second item I have been working on is a ww2 destroyed resin building, a refurbishment and completion of a part painted piece that has been in my collection for ten years or more. It suffered a little in the move so I decided to do a few repairs and touch ups, a bit more to do then complete. 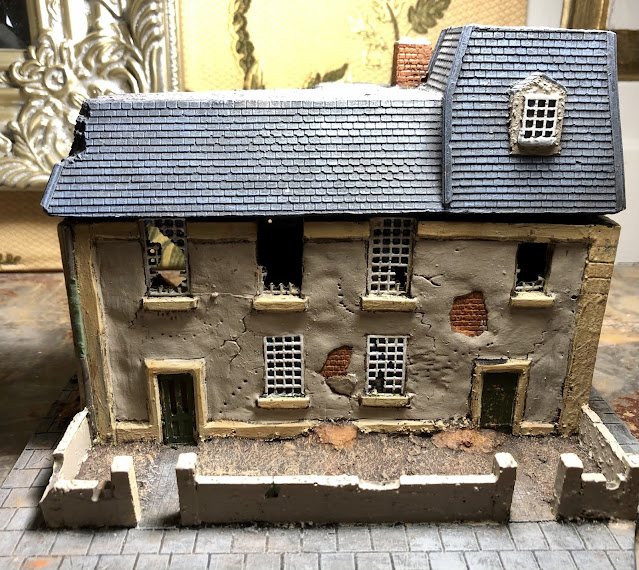 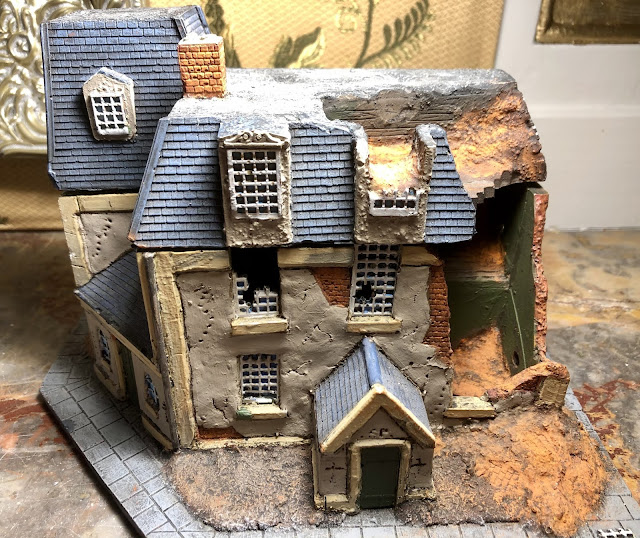 Posted by Bluewillow at 9:39 PM